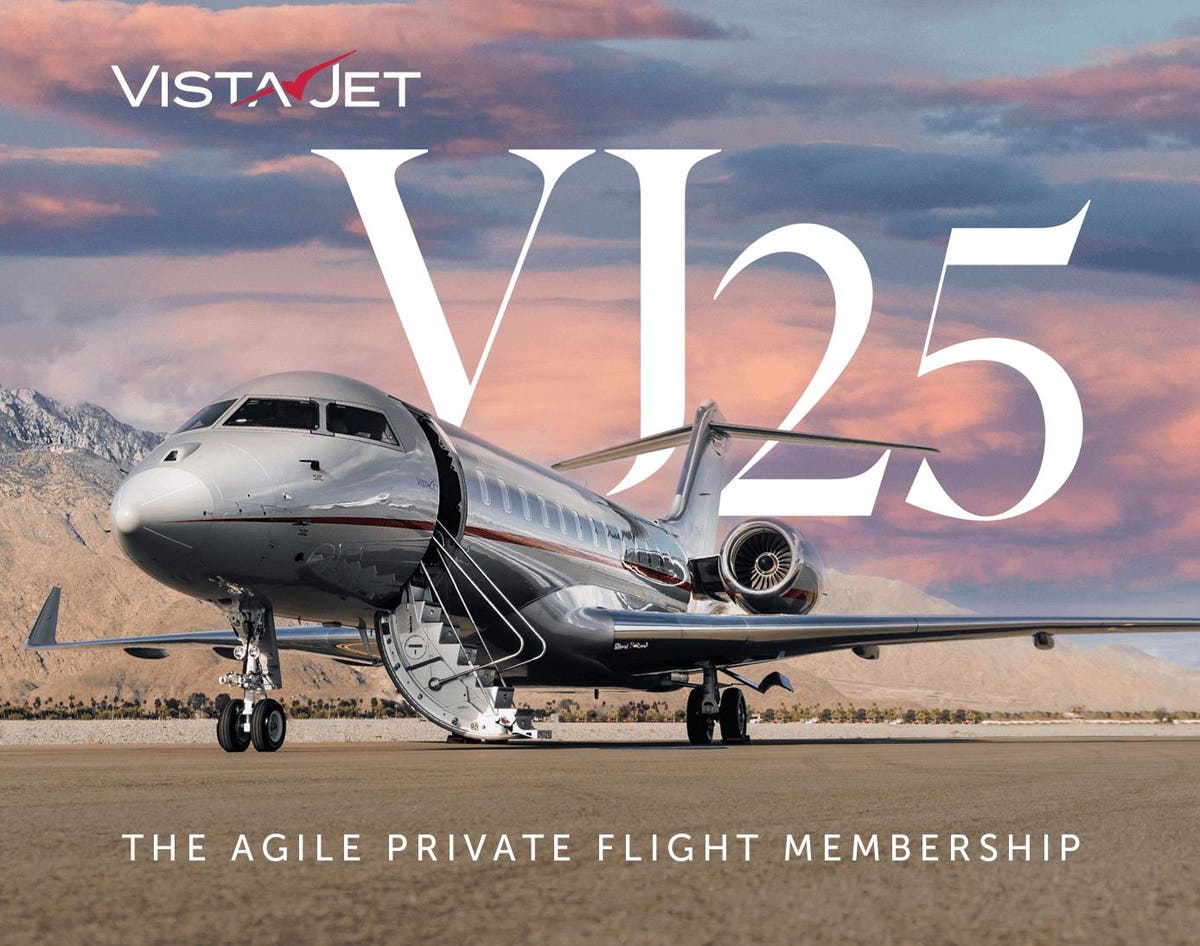 For private jet flyers, every rose, or perhaps we can say, every jet card has its thorns. Driven by consolidation, record demand, service and supply chain issues, virtually every jet card and membership seller has had to change what they are offering over the past year. While executives are anxious to talk about celebrity endorsers and lifestyle perks offered to customers, the changes they are making to their contracts govern how and when you can fly and what you will pay, and are impacting these six-figure purchases.

It means more flyers are up for grabs than ever before. A survey of more than 500 subscribers to Private Jet Card Comparisons reveals over 50% are considering changing providers. It’s a considerable number for an industry where providers boast retention rates of 90%.

The latest program moves, announced this week by Vista Global, follow others in that it giveth and at the same time taketh away. Its flagship VistaJet brand, which previously required a three-year commitment with at least 50 flight hours per year to obtain fixed-hourly rates with guaranteed availability, has reduced the entry point to just 25 hours per year.

If you make one or two trips per year to Hawaii or between the U.S. and Europe or Europe and the Middle East or Africa, VJ25 will be a welcome addition to currently minimal choices with fixed one-way pricing. One-way rates mean you don’t have to pay for repositioning charges.

The move opens up its Bombardier Global 7500, which can fly up to 16 hours nonstop, to an entirely new range of customers. A hybrid card lets flyers switch between to a midsize Cessna Citation XLS jet with fixed hourly rates for the first time. Previously VistaJet’s smallest option was a super-midsize Challenger 300/350.

On the flip side, its XO brand dropped its U.S.-based Elite Access program, which for a $100,000 refundable deposit, offered guaranteed availability and fixed one-way hourly rates on light, midsize, and super midsize jets. While XO will seek to keep light and midsize jet flyers by offering a dynamic pricing membership, clients won’t know how much they will have to pay until they call or go online to book – and each trip will vary based on the market.

Also going away is the Reserve program from recently acquired Jet Edge, which offered capped rates on transcontinental flights. Last year, Jet Edge said it had generated over $100 million in sales for the program in six months. VJ25 retains percentage-based discounts for longer flights.

Still, it’s not different from what others are doing as executives assess the realities of the market while trying not to lose their shirts on unprofitable flying. For example, when Priester Aviation relaunched its Centerline program earlier this summer, it also eschewed fixed pricing on light jets. Directional’s Sentient Jet and FXAir dropped discounted transcontinental pricing as well.

At the same time, many providers have increased daily minimums on light and midsize jets. Denver-based OneFlight recently increased the minimums from 60 to 120 minutes. Daily minimums are vital because it is the minimum amount of time you are charged regardless flight duration. So, for customers who make shorter flights – 45 minutes flights often are taken in place of four or five hours on the road – a simple change to one line in a 20-page contract can mean doubling your flight costs.

It’s also where you can fly that’s changing. After Wheels Up acquired Air Partner, its new subsidiary dropped one-way pricing outside of the Continental U.S., sending members who flew to those places looking for new solutions.

And while NetJets recently opened sales beyond its waitlist and introduced 25-hours per year leases to replace the jet cards it stopped selling in August 2021 (fractional ownership begins at 50 hours per year), the entry-level offer comes with new rules. There are 45 blackout dates in addition to 45 peak days, and unlike the 25-hours cards that could be used over 24 months, the leases require a three-or-five-year commitment.

At the same time, there are new options. Volato recently launched a HondaJet jet card, although it doesn’t guarantee availability and there are repositioning charges. Still, at $5,500 per hour, plus FET, the company says it sold 10 in the first week. Jet Token, a Las Vegas-based HondaJet fractional program, partnered with charter operator Cirrus Aviation to offer a jet card on that operator’s fleet on all cabin sizes. While it provides fixed one-way rates across the U.S., plus Mexico and Hawaii, on as little as 24 hours’ notice, it is also as available. In other words, the pricing applies only if there is an airplane to be had, so members must be flexible.

The moves come as charter and fractional flying hit a 52-week low, according to WingX.

Kevin Diemar, CEO of Miami-based Unity Jets, a charter broker that doesn’t offer a fixed rate jet card, says availability has eased while prices remain high. He says he has seen a pick-up in jet card customers who are now using a combination of on-demand brokers and membership programs. “There are some trips, we tell clients, ‘You are better off with your jet card.’ And in other cases, it’s the reverse,” he says.

Yet, where the market is headed isn’t entirely clear. Argus Traqpak expects the industry will emerge 15-to-20% larger than before Covid.

Another broker says of the changes, “What you are seeing is companies are aligning what they are selling with inventory they have to access, either on their own fleets or what they know they can get.”

He believes Vista’s move to wipe out XO’s Elite Access is to align its guaranteed rate products with the composition of its fleet, which has a limited number of light jets and is weighted to super-midsize and long-range aircraft. “If you try to sell a light jet program and don’t have the inventory, you can lose a full year’s profit (from a customer) on one trip,” he says.

With continued rule changes, the bottom line for private flyers is that it is more important you look at the details and read through those contracts. You may also need more than one solution to take care of your flying needs.